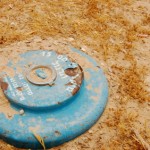 It’s not an uncommon occurrence to be walking through the office with a file in one hand and a coffee in the other, when your phone begins to ring. The resultant juggling act we perform in order to answer our phone without spilling coffee often leads us to wish out loud for more than one set of hands.

We who live in developed countries often wish for more than we need and it’s easy to forget the plight of those across the globe who only wish for the things that we take for granted.

It’s a shame, but the issue of landmines appears to have dropped out of the news in recent years. Before getting involved in the Helping Hands project I was one of those people that assumed the problem had gone away or at least lessened. Unfortunately this isn’t the case. With over 100 million active landmines in around 60 different countries, there are about 2,000 landmine accidents every month (that’s one accident every 20 minutes). 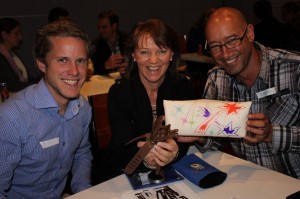 One of the most terrible things about landmines is that they aren’t designed to kill people… just severely debilitate. 95% of landmine victims survive and of those people that survive, 75% will lose the use of at least one limb. The presence of landmines has a debilitating effect. Not only do they severely injure and kill innocent civilians, communities are often cut off from schools, fresh water and farmland, due to fear of the landmines that surround them.

The truth is we were very lucky to be born in the country that we live in. If you happened to be bo

Most of the places where landmines cause such awful problems unfortunately do not have good health systems and getting assistance can be very difficult or impossible.

So what can you do to help?

No one expects you to fork out the $3,000 that a standard prosthetic hand costs in the developing world, and definitely not the $70,000 it can cost in Sydney, but you can so easily change someone’s life forever by being involved with our Helping Hands Team Building Activity. For just a tiny fraction of the cost of a prosthetic hand here, you can build with your team a hand that will be sent to someone who is struggling to live day to day without one. With no cost to them!

Not only does this activity change the life of an amputee, it more often than not changes the lives of the teams who build the hands. We’ve witnessed individuals be moved to tears by the gravity of what they are taking part in. We’ve also been excited to see the renewed purpose and focus people find in the work they do.

We are so excited about this activity and the change it can bring to someone’s life. If your company is currently considering running a team building or training activity why not consider running this activity at your workplace!